is the plan approved by the Basque Government’s Cabinet on 27 November 2018. Its goal is for the Basque Country to be among the European countries with the smallest pay gap by 2030.

This Strategy is part of the commitments of the Government’s Programme for the XI Parliamentary Term. Specifically, special mention should be made of the commitment to combat wage discrimination and drive effective gender equality in the workplace, along with fostering social and economic measures to advance in pay equality, encourage salary transparency in companies and combat pay discrimination.

The Basque Government is focused on a coordinated and a multi-dimensional approach towards this Strategy and Plan, because we believe that advancing towards gender pay equality, apart from being a matter of justice, benefits society as a whole, as it contributes to economic growth, to increasing productivity and to a co-responsible work-life balance.

In short, reducing the gender pay gap is a priority objective, that requires coordinated work between the different areas of action of the Government, aimed at guaranteeing gender pay equality in the Basque Country. 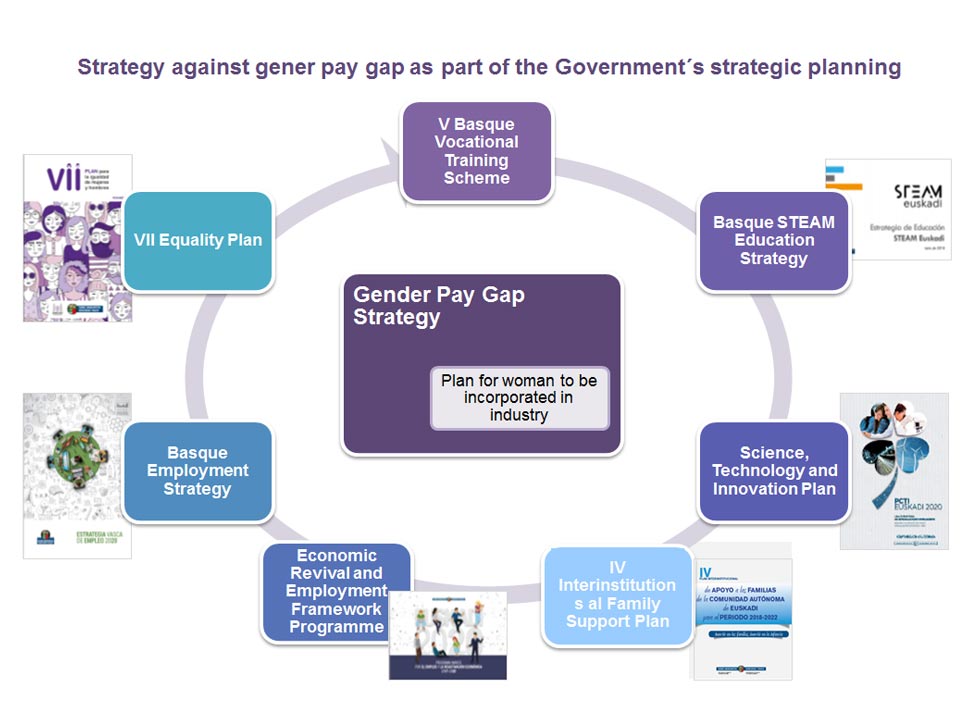