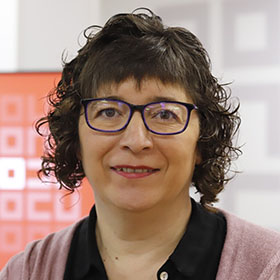 She joined CCOO in the Basque Country in 1990, carrying out trade union work in the Metal Federation

She has been a member of the Executive Committee since 1992 when she became the Secretary for Women's Affairs, a position she combined for two years with trade union work in the Barakaldo area

In 2000, she was appointed by the trade union congress as head of the Training and Employment Secretariat and, since 2004, a member of the State Confederal Council

At the 9th Congress of CCOO of Euskadi, she became responsible for the Secretariat of Organisation and Federative Coordination, Training and Employment and a member of the Executive Committee of CS CCOO, from 2009 to 2013